The Sobe Wine and Food Festival, always a hit!

Every February on the sands of Miami Beach​, t​hings start to smell and ​taste just a little fancier. There’s a signature event that comes roaring into town that the entire cit​y​ ge​ars up. It’s the ​F​ood ​N​etwork’s South Beach ​W​ine and ​F​ood Festival and every year it seems to blow the expectations off the previous.​ ​This year I was invited by my friends at General Motors and Buick ​w​ho took part in ​t​he lavish festivities. Buick charmed guests ​with ​tasty macaroons, ​quick spitfire challenges, ​​hosted the ​event’s ​signature welcome bag, and gave guests a ​glimpse of one of ​most anticipated cars to come out of this January’s auto show in Detroit; The 2016 Buick Cascada.

After seeing the many reviews and write-ups on The new 2016 Cascada, I was itching for a chance to get a peek for myself. At first glance​, the Cascada ​definitely looks like a car that would fit right into the Miami lifestyle, as it’s the first convertible for ​Buick ​brand. There’s been chatter in the industry about how Buick has been turning the notch up in the style category, and the Cascada proves them right!​ ​Clean lines, European flair, with a ​z​ip and zoom feel, its no surprise that preorders have already begun. It’s been a long time since I’ve seen so much anticipation for a car that ​won’t even be available for purchase for many months. And yes we’re talking about a Buick!​ ​The motor Company even plans to give one away to one lucky winner by the end of the year​. Finger crossed that her first and last name is Vanessa James. 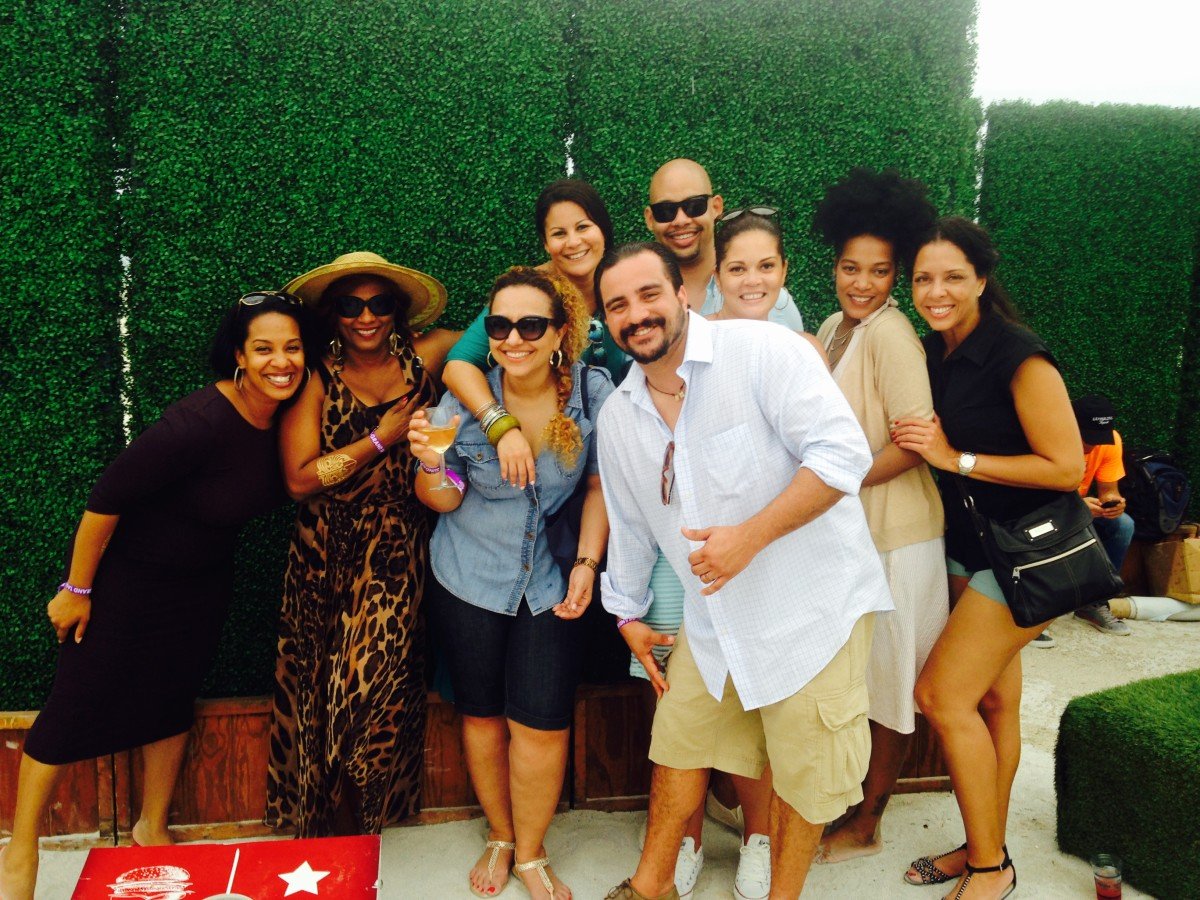 Every year we bump into each other. 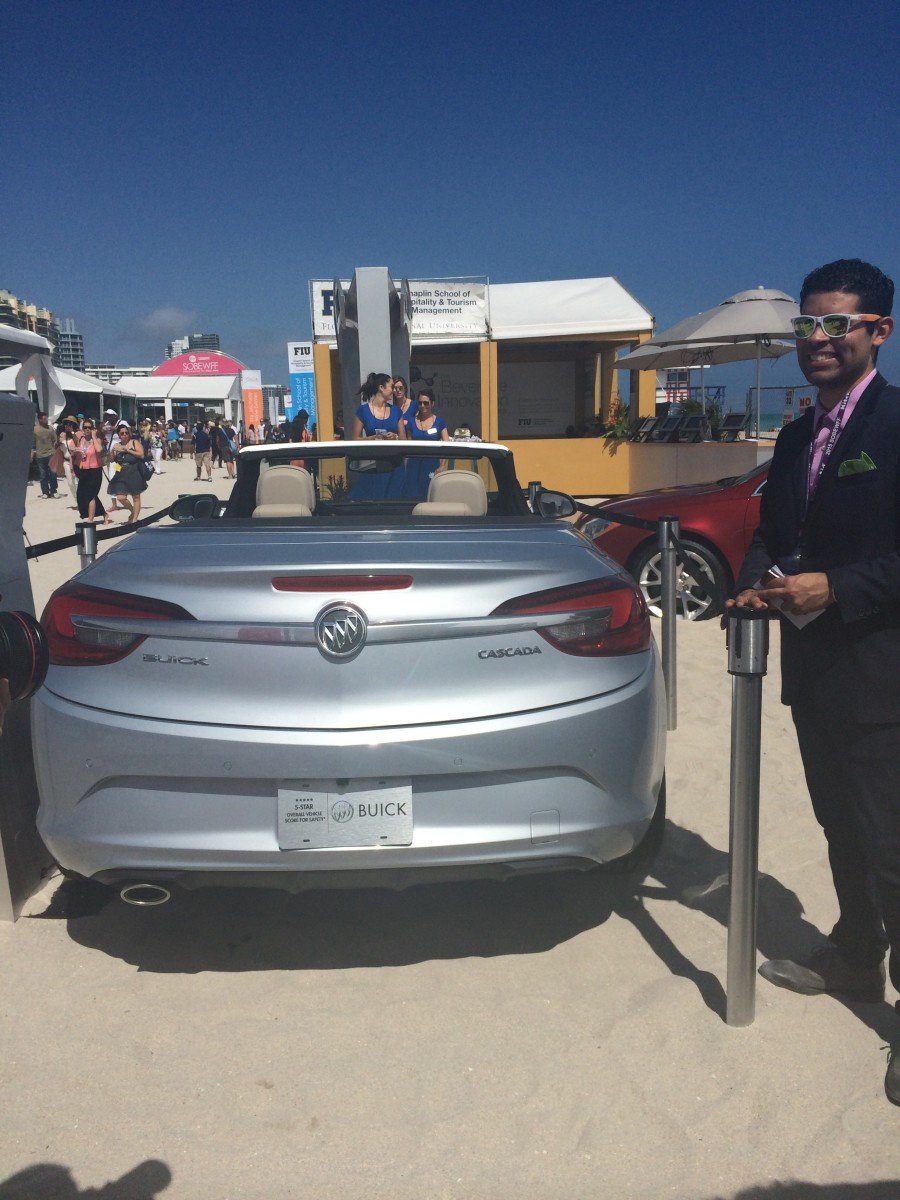 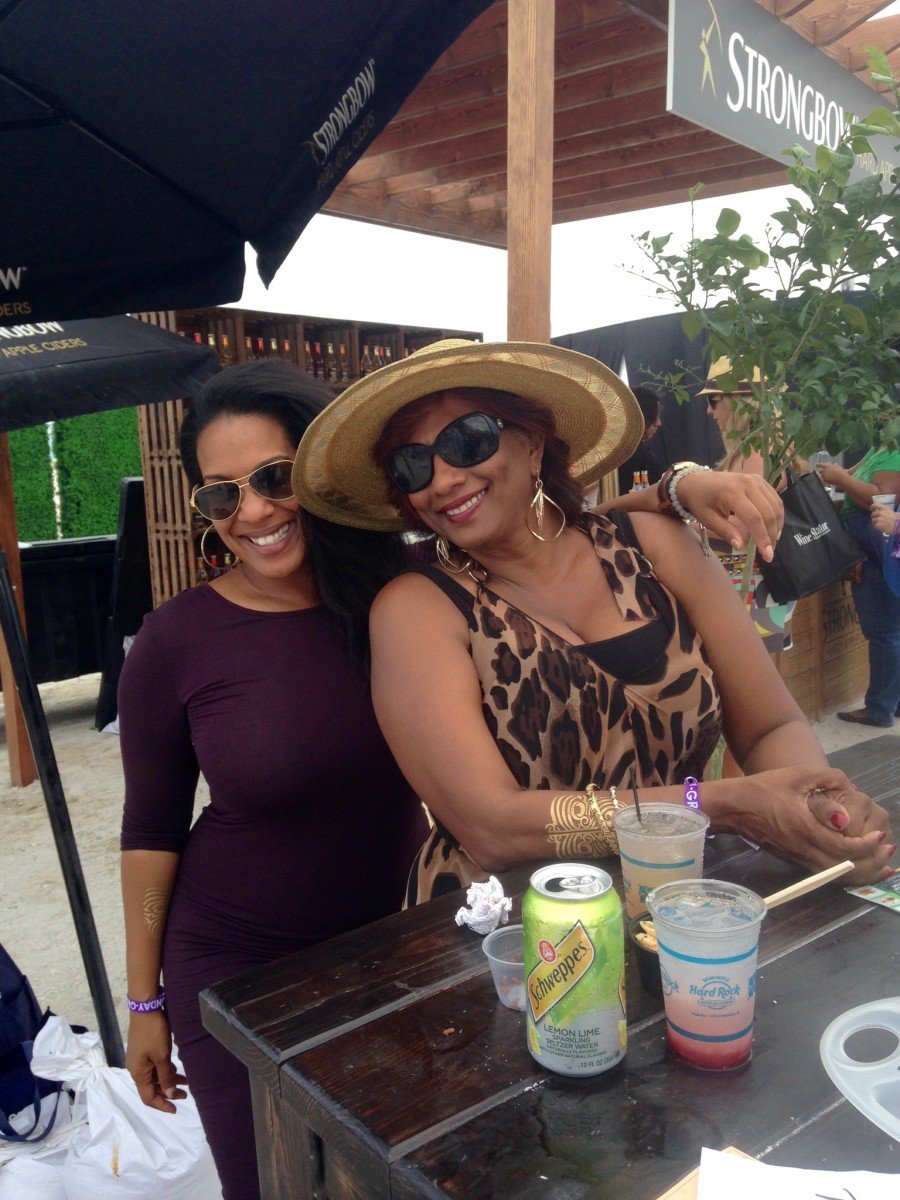 Mom and I at the Tiki Hut.

My bestie Damaris Nunez after our wine tour. 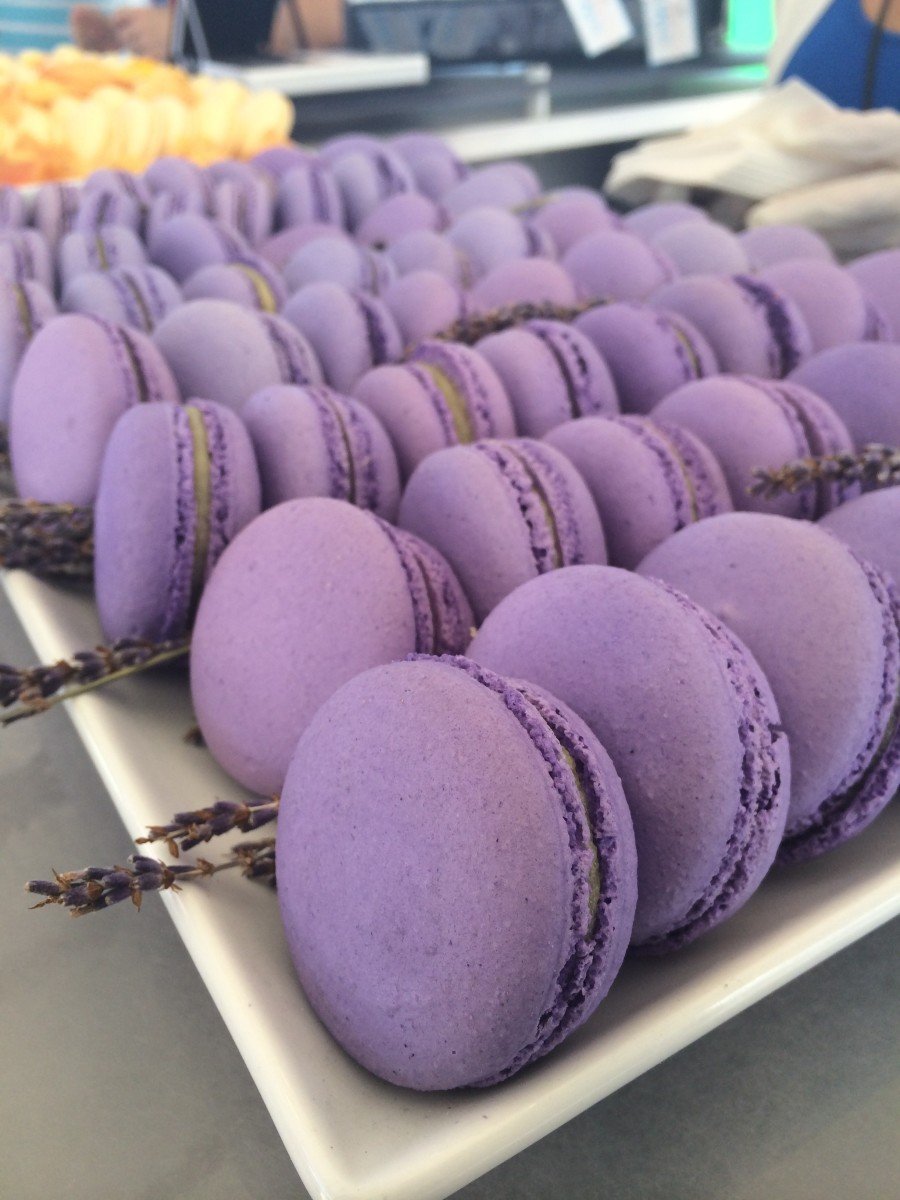 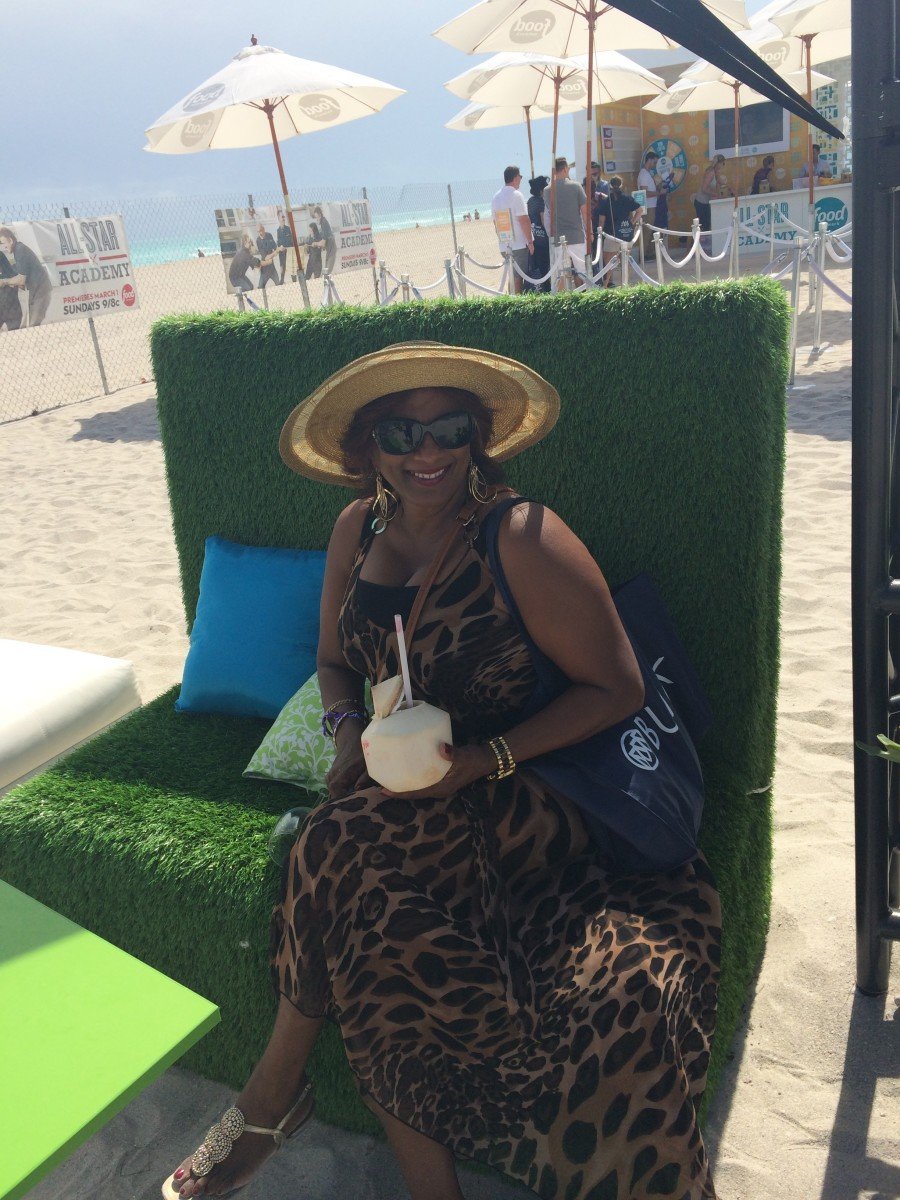 Mom taking in the sun and rum!

​After indulging in the car​, ​I did my usual tour of ​the famous ‘Grand Tasting Tents’ that took on a life of their own this year. Bombarded by a barrage of wines from all around the world​, ​along with a healthy dose of pasta​s​ from all walks of Italy, I definitely got my fill​ of wine and food. The festival took well given advice from die-hard patrons from previous years who expressed wanting more variety, more chefs, more food, and more wine, which is exactly what this years guests received. ​

The only thing that was truly ​a ​miss ​for me ​this year was the Cruzan rum pop up with the famous Trinidadian steel pan player. He always brought down the house, literally shut​ting​ down the party​ ever year​. Instead​, ​H​ard ​R​ock ​Live ​took over the space and cranked up the EDM!​ Good fun on a Sunday, but I’d like to request for the return of the island music and Cruzan bar. ​They were a hit!

This is a food and wine festival that rarely disappoints and this year was no exception. I thoroughly enjoyed the day with my number one wine fan, mom! ​Thanks again to General Motors and Buick for the invitation.​ Good fun on a February ​Sunday, soaking in the sun​,​ the chef​s​, the wine and Miami.​ Til next year! ​

Written by Vanessa James (All opinions are my own).

Cancun, for couples who crave adventure.